Japanese cars have long been favorites of American drivers. Honda and Toyota quickly come to mind. Other popular Japanese brands include Mitsubishi, Nissan and Mazda; although many of these manufacturers now have some level of ownership by U.S. companies like Ford and GM. Japanese cars also have a strong following in the luxury car market with Toyota’s Lexus and Scion, Honda’s Acura and Nissan’s Infiniti.

The best known Korean car brands are Hyundai and Kia, with Hyundai now beating many Japanese and European brands in quality ratings and with Kia being the number one selling car in Europe.

As one reviewer notes, “The Korean market is mostly value oriented, not necessarily quality oriented, and because of this, quality is often compromised. Korean products tend to focus on the thought of ‘More bang for your buck,’ but underneath (is) what appears to be a pretty decent product.” 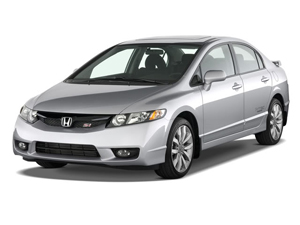 We repair all Asian vehicles with OEM parts or better if available.Almost all late model Asian Transmissions use an adaptive learn computer system. These systems monitor the vehicle and transmission as well as the driving characteristics of the driver. It makes minute adjustments to compensate for wear and driving habits. A minor glitch or sensor can cause a major problem, also once a repair is made the computers must be reset. The Dealer also has the diagnostic equipment to preform these repairs, unfortunately they do not have the access to updated parts or common fixes for known failures. We try to build our transmissions better than the manufacturer did.Call us for a Free inspection.

The Honda automatic transmission—called the Hondamatic—doesn’t use planetary gears like most other transmissions but relies on individual gears as in manual transmissions. This design preserves engine braking by eliminating the sprag between first and second gear. But it is not without ongoing problems.

As reported recently in the New York Times:

Despite a huge recall in 2004 and a class-action settlement in 2006, many Honda owners are still having serious problems with the automatic transmissions of their Accords, Odysseys and Pilots, requiring thousands of dollars in repairs.

Consumer Reports’ 2010 reliability survey showed “major problems” with transmissions on the 2001–3 Acura MDX and TL, the Honda Odyssey and “to a lesser extent, Accord,” wrote Anita Lam, the magazine’s automotive data program manager. “Honda Civics and Pilots did not seem to share this problem,” she wrote in an e-mail. http://wheels.blogs.nytimes.com/2011/01/08/honda-transmission-problems-seem-to-persist/

If your Japanese or Korean auto requires transmission repair or servicing, Denver Transmission can do the job. We have the latest technology and equipment and can repair the transmissions in the latest model vehicles, domestic and foreign.

I want to thank you so much for doing such a great job on my old (1999) Subaru Outback. Your rebuilt transmission works like a charm...

I want to thank you so much for doing such a great job on my old (1999) Subaru Outback. Your rebuilt transmission works like a charm...
https://denvertransmissionpro.com/testimonials/2772/
I took my truck to Denver Transmission & Drivetrain for diagnostics after hearing a noise coming from the transmission 1 day prior...

I took my truck to Denver Transmission & Drivetrain for diagnostics after hearing a noise coming from the transmission 1 day prior...
https://denvertransmissionpro.com/testimonials/anonymous/